When you’re looking for a BB (Ball Bearing) gun you are really spoilt for choice. How do you know which one to choose?

Let me take the hard work out of you! I’ve spent many many years with a lot of Air Rifles / Air Pistols and BB Guns, of all types. The BB Gun has always been popular and these days there are some awesome examples on the market.

All of the below are great guns. I have a favorite of course, which I mention below but you can’t go wrong with any of these.

There are a few things I’m looking for when searching for a BB Gun: 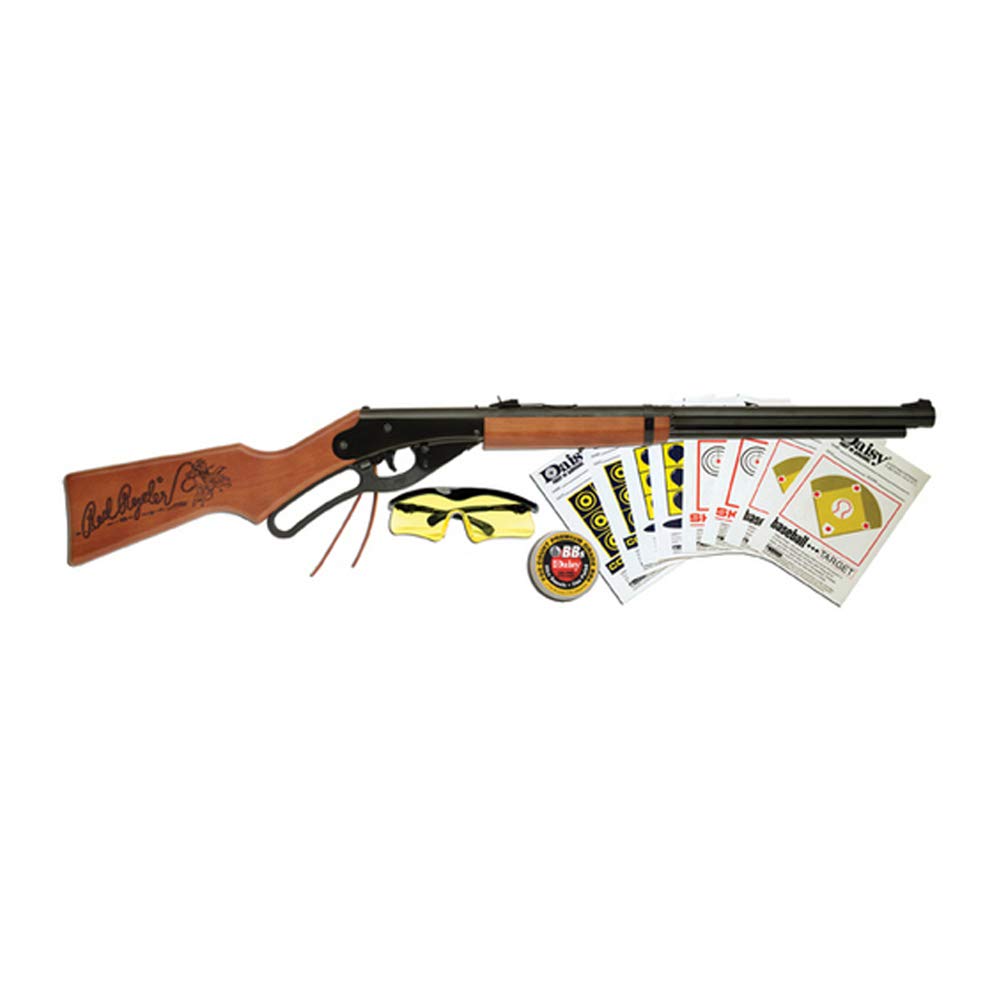 A ridiculously priced BB Gun that has a massive 650 shot capacity!

It uses .177 caliber ball bearings and is a lever-cocking spring action rifle.

The Daisy Outdoor Red Ryder is arguably the most popular BB gun in the world and there’s a good reason for that. Despite its price, it has a solid wood stock and forearm and a leather saddle thong.

If you want a rifle that won’t cost you a fortune, is great fun and won’t let you down, then look no further.

It might not be the most accurate of BB guns and it might not be constructed using the finest materials but can you really complain at this price? 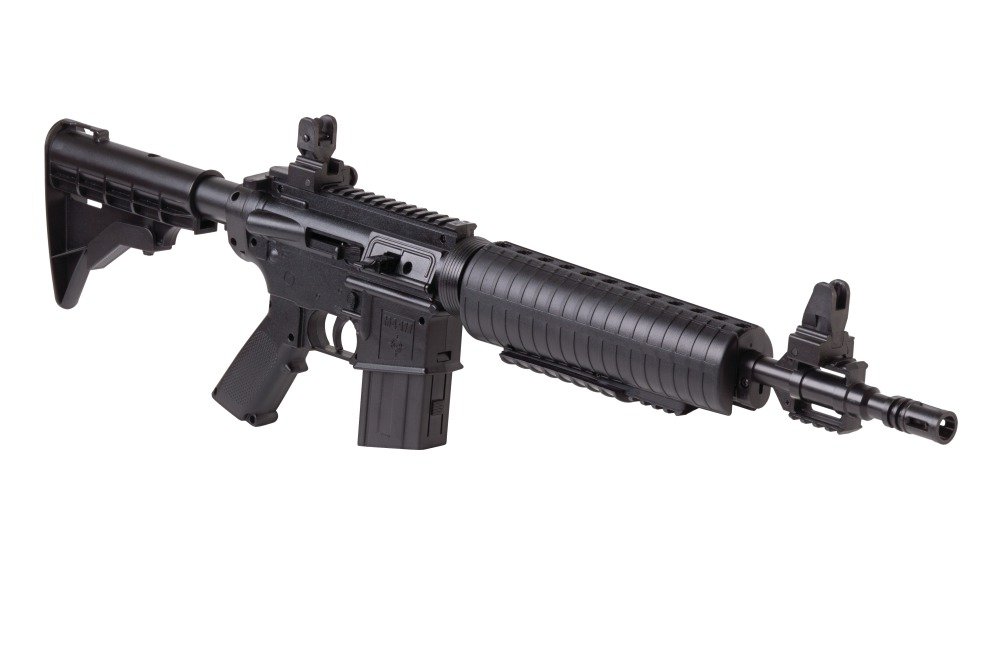 Another BB Rifle where you have to wonder how they make them so cheap.

The Crosman Pneumatic Pump fires .177 caliber pellets, has a 5-shot pellet clip and the BB reservoir holds around 350 BB’s. It has an adjustable stock so you can make it fit just right and its built-in sight has windage and elevation adjustments possible.

What’s great about the Crosman is that it can shoot either .177 pellets or BB’s! Powered by multi-pump you’ll find it easy to use as well as a lot of fun.

Personally, I don’t think the specifications are going to be the main selling point though. It’s the looks, right? Find me a kid who wouldn’t want something that looks as good as this! 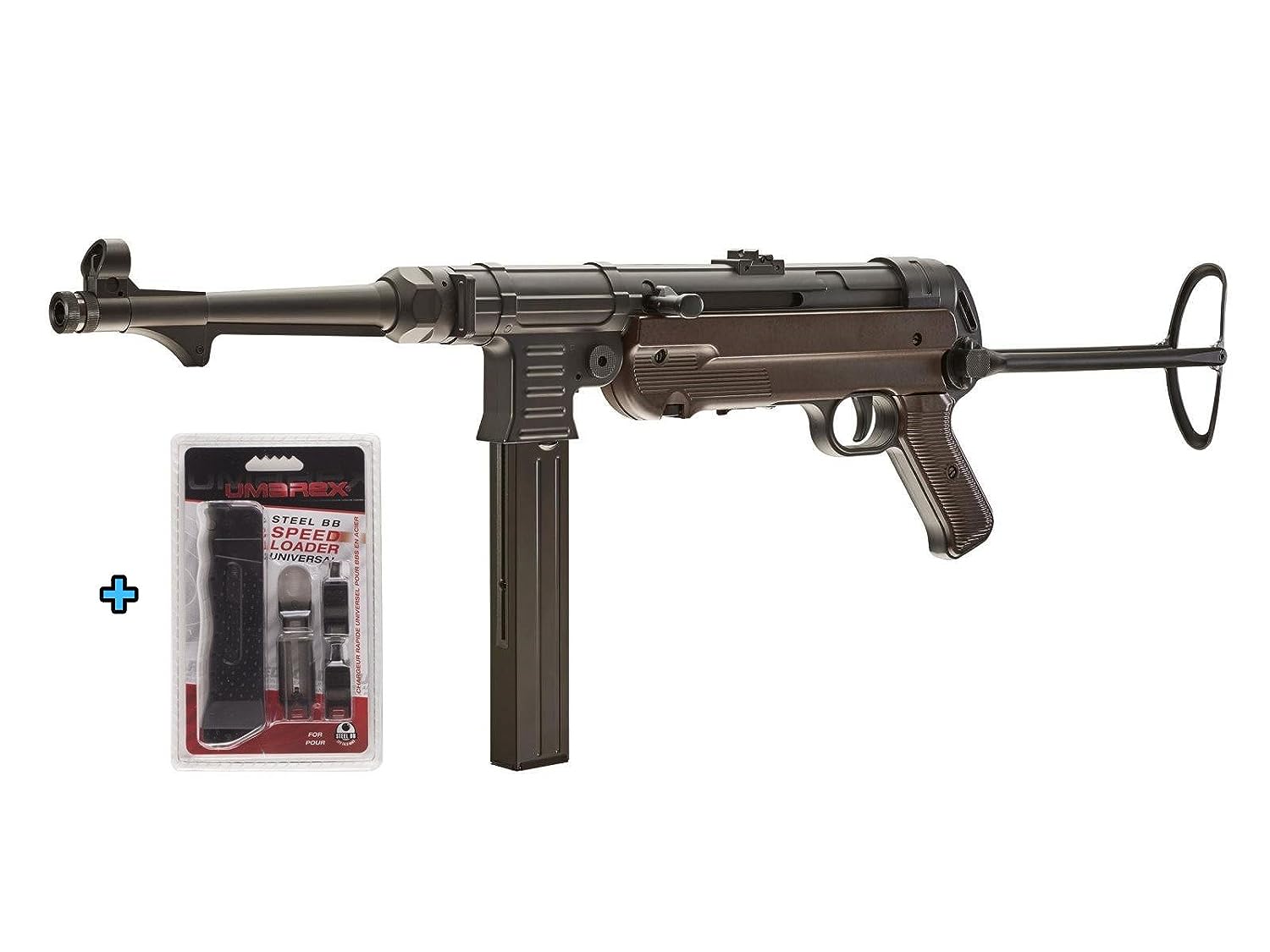 Just look at this thing. I mean really, just look at it! Yes, it’s a bit more expensive than others but it looks so good. It has this weathered appearance to it which really adds to the feel.

If you have a son, go and get them now. Go on, bring them in. Show them this and ask them if they’d like one.

You know what they’re going to say, right? It almost doesn’t matter how it performs when something looks this good but as it happens this MP40 BB gun performs quite well also.

It has two firing modes, Full-auto and Semi-auto and uses two 12-gram CO2 cartridges for power. It is constructed of metal and has a fixed front sight and an adjustable rear sight for elevation. It fires .177 caliber BB’s and has a 60 round magazine. 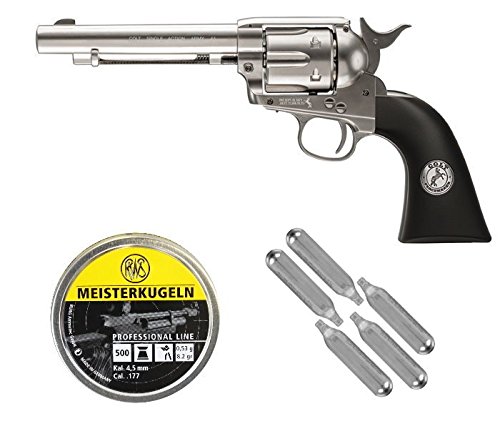 Ah, the Colt Peacemaker. It would have been borderline illegal if I hadn’t included this in the list somewhere.

This pistol fires .177 caliber BB’s and is a 6-shot single-action weapon. It’s constructed of metal and the revolver action looks just great when in use.

Powered by a CO2 canister that’s housed in the group this replica is almost too much fun. It’s almost a gun that you’d want to hang on your wall as a decoration it looks so nice. But that’s not where it deserves to be as it’s a pistol that performs well and is reliable.

You can’t really go wrong with this one, you know what you’re going to get when you buy it and you won’t be disappointed.

Why I chose the MP40 Submachine Gun!

You could probably tell how excited I was about this thing from the above.

It almost won top place just on its looks alone but it wouldn’t have even been included in this list if it didn’t perform well. And perform well it did.

If you’re trying to get your child interested in the sport is there any better way to do it than to start off with this? Yes, it’s more expensive than the others but you certainly get what you pay for (and arguably more) when you get this.

From the moment it’s delivered and you gauge how heavy the gun is from the packaging to the excitement when it’s first unboxed to the first firing – you’ll love every minute of the experience.